Khazaria led by Bulan[1] is a custom civilization by JFD and Janbourta,[2] with contributions from danrell, David Christensen, and Andreas Waldeloft.

The Khazars were semi-nomadic Turkic people who established one of the largest polities of medieval Eurasia, their territory comprising much of modern-day European Russia, western Kazakhstan, eastern Ukraine and large portions of the Caucasus and beyond. A successor state of the Western Turks, Khazaria was a polyethnic and multifate state with a population of Turkic, Uralic, Slavic, and Palaeo-Caucasian peoples. Khazaria was the first feudal state to be established in Eastern Europe.

With the collapse of the Göktürk Empire due to internal conflict in the 6th century, the western half of the empire split into a number of tribal confederations, among whom were the Khazars, led by the Ashina clan, the traditional rulers of the Göktürk Empire. During the 7th and 8th centuries, the Khazar fought a series of wars against the Umayyad Caliphate, which was attempting simultaneously to expand its influence into Transoxiana and the Caucasus. During the 9th and 10th centuries, Khazaria was one of the major arteries of commerce between northern Europe and southwestern Asia, as well as a connection to the Silk Road.

Bulan was a Khazar king who led the conversion of the Khazars to Judaism. His name means "elk" in Old Turkic. In modern Turkish, it means "the one who finds". The date of his reign is unknown, as the date of the conversion is hotly disputed, though it is certain that Bulan reigned some time between the mid-700s and the mid-800s. Nor is it settled whether Bulan was the Bek or the Khagan of the Khazars. Scholars sometimes refer to the king who led the Khazar conversion to Judaism as "Bulan Sabriel", though it is conceivable that they may have been different people.

]In the Khazar Correspondence, an exchange of letters with the Caliph of Cordoba, King Joseph of Khazaria traces his lineage back to Bulan. He refers to the reforming Khazar ruler Obadiah as being one of "the sons of the sons of Bulan". In the Schechter Letter, the name Sabriel is given for the Khazar king who led the conversion to Judaism. The Schechter Letter also gives Sabriel at least a partial Jewish/Israelite ancestry. Sabriel is described as having waged successful campaigns in the Caucasus and Iranian Azerbaijan, possibly as part of the Khazar-Arab wars.

We are yours to command, great and powerful Bulan, Khan of Khans and emperor of these vast steppes. Your empire lies at one of the crossroads of the lucrative Silk Road, between the empire of Byzantium in the west and the Umayyad Caliphate in the south. Conceived from the fall of the Göktürk Empire in the 6th century A.D., the Khazars would rise to become one of the most powerful and organised states of the Eurasian Steppes, accomplishing a civilization that the hordes of the Khans before could never dream. Embattled for centuries by the forces of the Eastern Orthodox Church and the Islamic Caliphate, your reign would finally bring religious settlement, and your empire would become a Jewish state; the only of its kind in the world.

O terrible Bulan, the mighty Khazar Empire awaits your leadership to bring its foes to heel once more. Can you seize great wealth and prosperity, and command a force that would shake the surface of the earth? Can you beckon to your empire the enterprising faithful? Can you build a civilization that can stand the test of time? 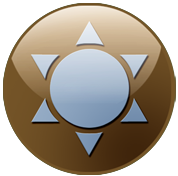 Introduction: "I am Bulan, Khagan of this land. What fortune do you bring to my empire? Be it gold, or blood?"

It was long ago that ours was a tribal kingdom. Today, we are an empire, and an empire demands a central leadership to control it. Let us formally merge the institutions of Khaghan and Bek that have long divided our power in two.

This precious substance which we pull from the dried bladders of our fish is prized in the west for its ability to restore parchment, not to mention its use in the clarification of wine. We should monopolise on this demand and encourage the Isinglass trade.

A great sage of [Religion] has come to our court with words and letters of their faith. They have invited us to pray, and to consider converting to their religion.

Option 1: Cast these blasphemers out!

Option 2: We shall adopt [Religion].

A renown horse breeder has come to our lands, seeking our patronage. They are renown for their taming of even the wildest of beasts, and could help in producing new sources of mountable warhorses.

Option 1: A waste of money.

Option 2: They shall become a member of our court at once.

Note: this event will only fire before the Renaissance.

UA changes: "When a city is conquered, the followers of your State Religion from that city emigrate to your

Capital. Enemy cities with followers from your religion have reduced

"Our people are now buying your isinglass and speculating on your Semitism. I worry the rest of the world will also succumb to the influence of your culture."